Billbugs are a common turfgrass pest ghat can be found anywhere from home lawns to highly maintained golf courses and sports fields. Billbugs are beetles in the weevil family Curculionidae. There are a few species of billbugs in the genus Sphenophorus, but they all damage turfgrass in similar ways. These insects most often overwinter as adults, which don’t cause nearly as much turf damage as when they are in the larval stage. 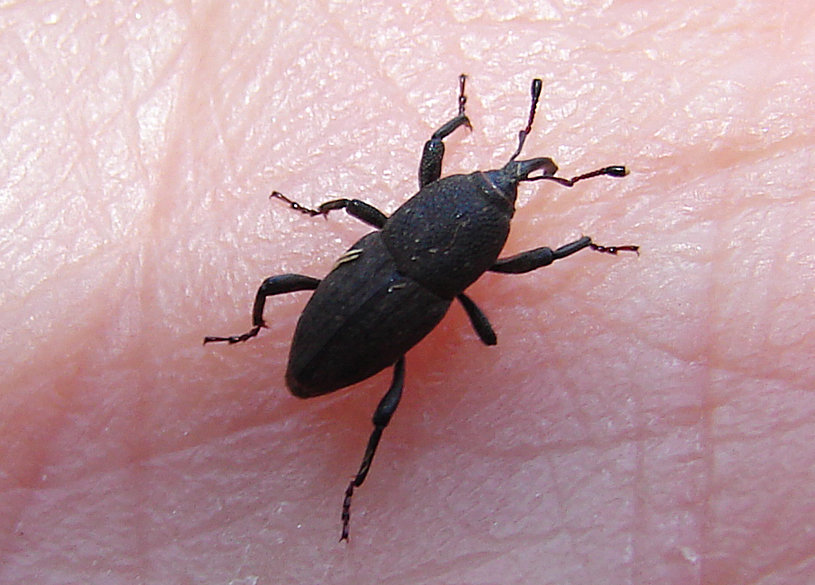 The overwintering adults begin to lay eggs in the spring, around May to June, depending on temperature. Larvae emerge shortly after and begin feeding on turfgrass plant parts like stems, crowns, and occasionally roots. As the larvae increase in size and population, turfgrass damage and subsequent stress worsens. By mid-summer, the larvae mature into pupae, where they later emerge as adults in late summer to early fall and begin the process all over again.

Finding billbugs is relatively simple. For starters, damaged grass might appear to be under drought stress. This is often a symptom of billbug damage as they feed on the crown and stems of the plant, separating the roots and restricting flow of water and nutrients. At this stage all you need to do is grab a handful of grass and pull up, often referred to as the “tug test.” If the grass lifts, then the roots are likely separated. Another sign can be seen around the base of the crown and shoots where the larvae feed. The larvae leave behind something called frass, which might look like small bits of sawdust. 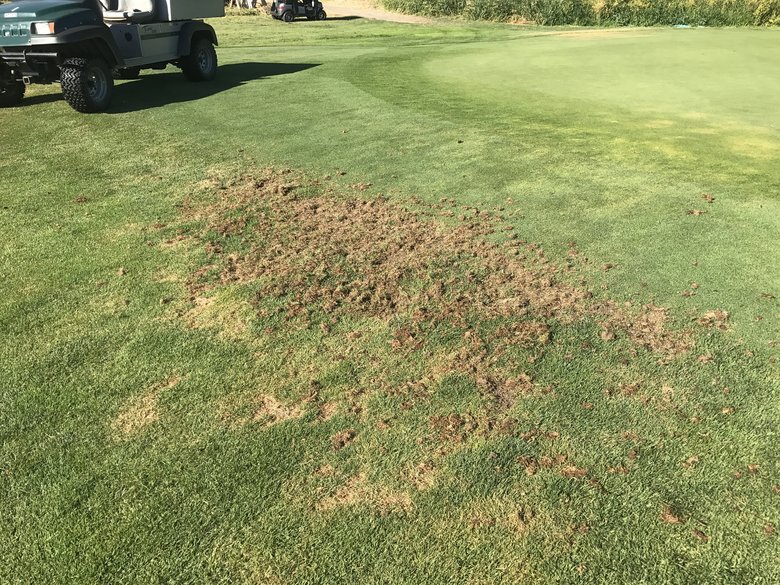 The turf can always be dug up with a knife or a plug to allow for sifting through soil and thatch for exposing larvae, if present. This can be timed around late June to early July when larvae are most likely present. Another effective test for insect pests involves performing a soap flush. Mixing dish detergent soap and water in a bucket then dumping over an inhabited area should cause the insects to crawl to the surface as they retreat from the soapy water.

The good news with billbug infestations is that they can be lessened in subsequent years, or prevented in the beginning without the use of chemicals. Turfgrass breeding has led to many varieties and species that are resistant to Billbugs through various mechanisms. Species like tall fescue, perennial ryegrass, and some fine fescue sub-species contain an endophyte which helps repel billbugs. In other species like Kentucky bluegrass, billbugs are deterred among some varieties like Barvette HGT who have a finer texture that make burrowing and feeding harder, as well as limited thatch production, eliminating a preferred habitat or environment.

If chemical control is required, there are a few options varying in difficulty and effectiveness. Regardless of the method, treatment might only be required in areas with a history of billbug damage. The more effective chemical solutions involve systemic insecticides applied before adults lay eggs. The chemical is taken up by plants, protecting them from future damage by billbug larvae. Applications should be made in late May or early June and timed to coincide with rising spring temperatures and egg laying by adult female billbugs. Other options include targeting adults through contact insecticides, which have more limited control. In addition, there are biological insecticides that may be available, but are even more difficult to apply and time. 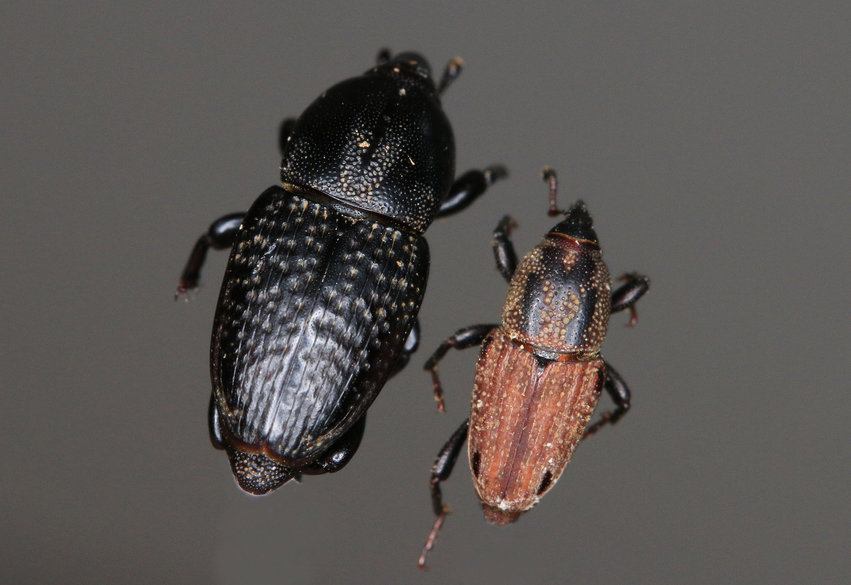